Climate change disproportionately affects marginalized and vulnerable communities, exacerbating poverty and inequality. Extreme weather events, such as droughts, floods, and hurricanes, can destroy homes, crops, and infrastructure, disrupting livelihoods and access to resources. As a result, these events can also lead to food and water shortages, as well as the spread of diseases, which disproportionately impact low-income communities. Additionally, as natural resources such as land and water become scarce due to the impacts of climate change, they are often controlled by the wealthy, leading to further inequality. 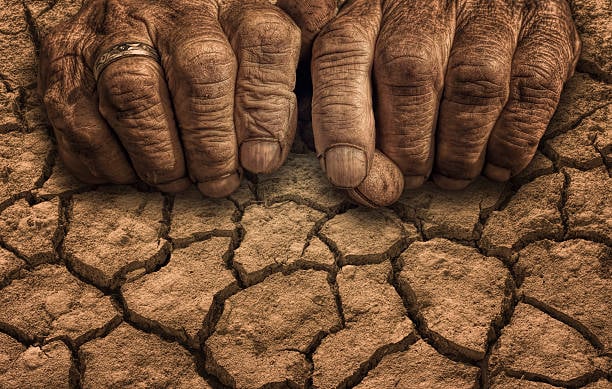 Climate change is a major global challenge affecting people worldwide, but it disproportionately impacts the poorest and most vulnerable communities. In fact, climate change often worsens poverty and inequality, creating a vicious cycle that makes it harder for people living in poverty to escape their circumstances.

Here are some ways in which climate change exacerbates poverty and inequality:

To address these issues, governments, international organizations, and civil society need to take action to reduce greenhouse gas emissions and mitigate the impacts of climate change.

This can include investing in:

It is also important to address the underlying structural and systemic issues that contribute to poverty and inequality, such as discrimination, lack of access to education and healthcare, and unequal power relations.

By combatting climate change and addressing poverty and inequality, we can create a more sustainable and equitable future for all.

Climate change is a global problem that has far-reaching impacts on people and communities around the world. One of the ways in which climate change exacerbates poverty and inequality is through the impacts it has on people's ability to earn a living and provide for their families.

Many people living in global poverty depend on natural resources for their livelihood, such as:

However, climate shocks can disrupt these activities and make it harder for people to earn a living. For example, extreme weather events and natural hazards like droughts, floods, and storms can damage crops and infrastructure, making it difficult for farmers to produce food or sell their goods. Similarly, changes in global temperature and precipitation patterns can affect the abundance and distribution of fish and other marine species, making it harder for fishermen to catch enough to make a living.

Climate change also disproportionately affects marginalized communities and those living in rich countries. These communities often have fewer resources and less infrastructure to protect against the impacts of climate change, making them more vulnerable to its effects. For example, people living in low-lying areas may be more vulnerable to flooding and sea level rise, while those living in dry regions may be more affected by drought. 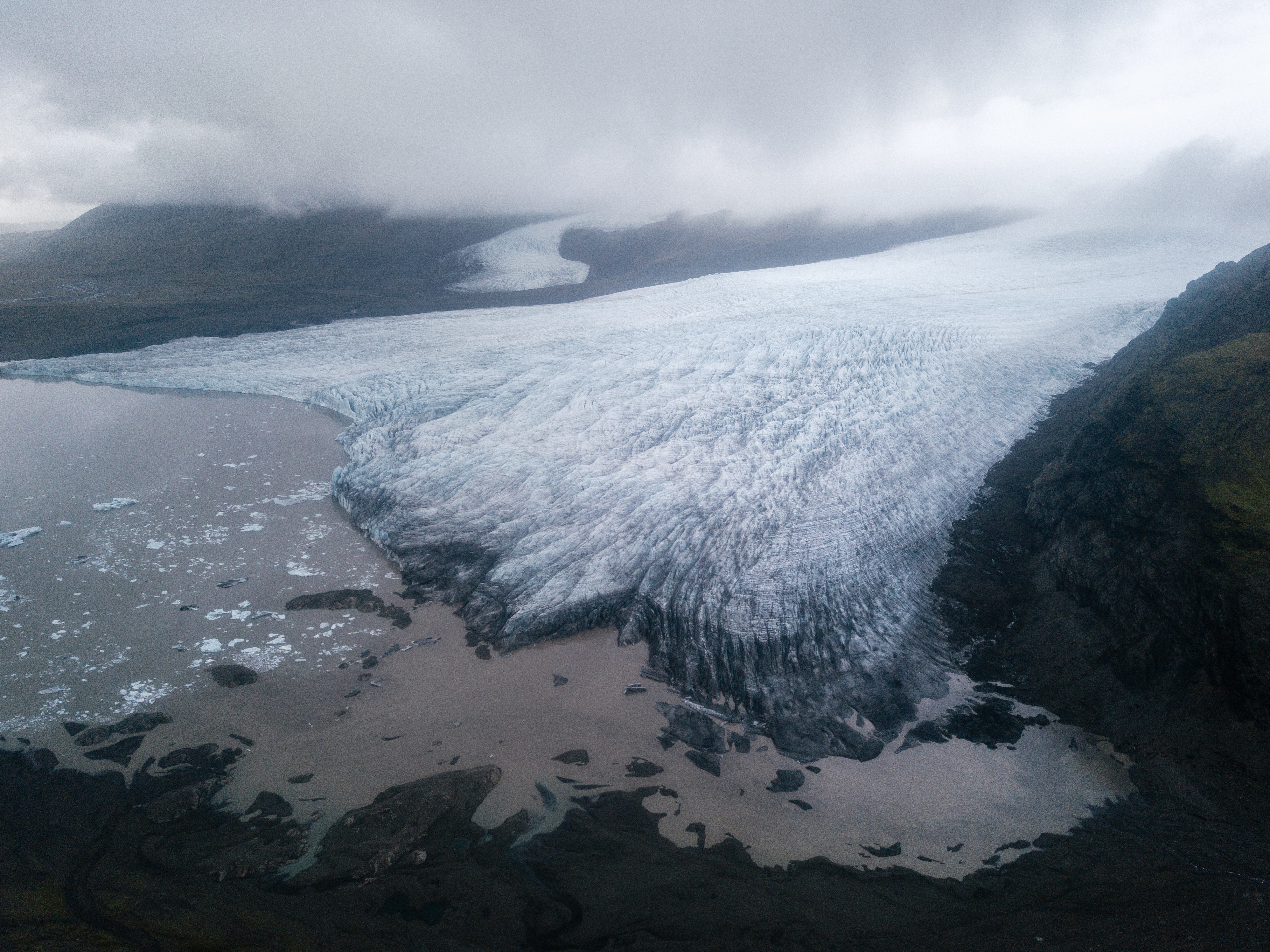 In addition to these direct impacts on livelihoods, climate change can indirectly impact poverty and inequality by driving up the cost of food, water, and other necessities. For example, droughts and heat waves can reduce crop yields and drive up the price of food, making it more difficult for people living in poverty to afford enough to eat. Similarly, extreme weather events can damage infrastructure and disrupt transportation, making it harder for people to access the resources they need to survive.

Overall, the impact of climate change worsens poverty and inequality by making it harder for people to earn a living and access the resources they need to thrive. In addition, it disproportionately affects marginalized communities and those living in developing countries, who often have fewer resources and less infrastructure to protect against its impacts. To address these issues, governments, businesses, and individuals need to work together to reduce greenhouse gas emissions and adapt to the impacts of climate change.

Climate change is a global phenomenon that has far-reaching impacts on the planet and its inhabitants, including exacerbating inequality and poverty. In response, countries worldwide are taking various measures to combat climate disasters and their impacts.

One major way that countries are addressing climate change is by reducing greenhouse gas emissions. Greenhouse gases, such as carbon dioxide and methane, trap heat in the Earth's atmosphere and contribute to global warming. To reduce these emissions, countries are implementing a variety of policies, such as carbon pricing, renewable energy targets, and regulations on fossil fuel production and use.

For example, many countries have set targets to shift their energy systems towards renewables, such as solar and wind power.

These targets can be achieved through various policy instruments, including:

In addition to reducing emissions, countries are also working to adapt to the impacts of climate change that are already occurring.

This can include measures such as:

However, it is important to recognize that the impacts of climate change disproportionately affect marginalized and vulnerable communities, such as low-income neighborhoods and indigenous communities. To address this issue, it is essential for countries to adopt a rights-based approach to climate action that prioritizes the needs and perspectives of these communities. This can include providing financial assistance for those who have lost their homes or livelihoods due to the impacts of climate change. In addition, we must ensure that poor and marginalized communities have a say in the decisions that affect their lives.

In addition, international cooperation is critical for addressing climate change. Many countries, particularly developing ones, may lack the resources to tackle climate change independently. To support these countries, wealthier nations can provide financial assistance and technology transfer to help them transition to low-carbon economies and adapt to the impacts of climate change.

Overall, countries are taking a variety of measures to combat climate change and its impacts, including reducing greenhouse gas emissions, adapting to the impacts that are already occurring, and adopting a rights-based approach that prioritizes the needs of marginalized and vulnerable communities. International cooperation is also essential for addressing this global challenge and creating a more equitable and sustainable future.

Climate change is a global phenomenon that has far-reaching impacts on the planet and its inhabitants. One of climate change's most significant impacts is how it exacerbates poverty.

Poverty is a state of economic hardship in which individuals or communities lack the resources to meet their basic needs, such as:

Overall, climate change worsens poverty by making it more difficult for people to meet their basic needs. It can undermine their economic livelihoods and force them to leave their homes and communities. The impacts of climate change are particularly severe for poor communities, who often lack the resources to adapt to these changes and are disproportionately affected by their consequences.

Governments and international organizations need to work together to address the root causes of climate change and to support communities struggling with its impacts.

By taking these steps, we can help to reduce the burden of climate change on poor communities and work towards a more equitable and sustainable future.

Recognizing the Need for Change 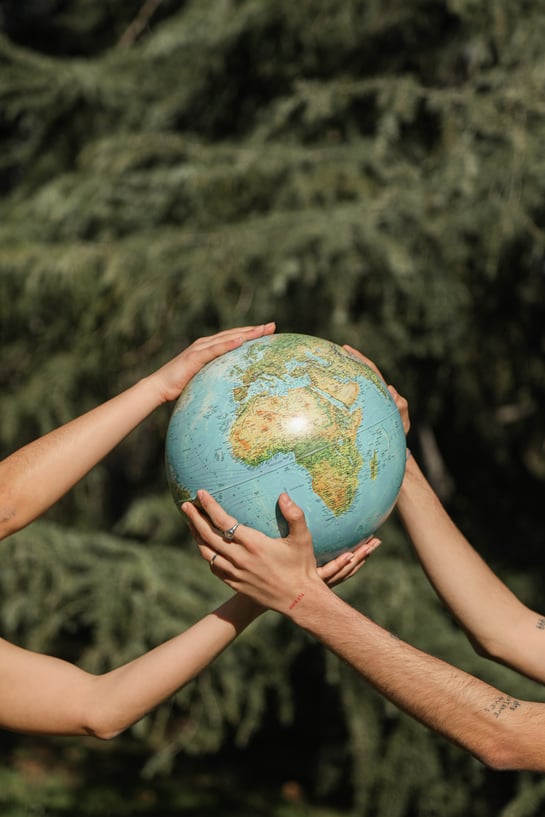 Climate change disproportionately impacts marginalized and vulnerable communities, contributing to growing inequalities and exacerbating poverty. Poorer people in poor communities often lack the resources to adapt to the impacts of climate change, such as more frequent and severe natural disasters, changes in temperature and precipitation patterns, and displacement. These communities are also more likely to rely on natural resources, such as agriculture and fishing, which are vulnerable to the effects of climate change.

The impacts of climate change on poverty and inequality are not limited to global developing countries. Even in wealthy nations, communities are often disproportionately affected by climate change's impacts, such as low-income neighborhoods and indigenous communities.

Addressing climate change and its impacts on poverty and inequality requires a multi-faceted approach that includes reducing greenhouse gas emissions, investing in climate-resilient infrastructure, and supporting initiatives that promote sustainable development and reduce poverty. It is also important for governments and international organizations to recognize and address the root causes of inequality and ensure that poor and marginalized communities have a voice in decision-making that affects their lives. By working together, we can create a more equitable and sustainable future for all.