Want to shrink your carbon footprint? Start hitting the delete button on those emails. Each one sent or received is like a tiny energy vampire, sucking up juice at every stage from transmission to storage to retrieval. The more emails you send and receive, the more energy is consumed, and the bigger your carbon footprint grows. But by culling the unnecessary and unimportant, you can trim your energy usage and shrink your footprint.

By the end of 2023, the estimated number of active email users will be 4.4 billion. Moreover, in 2023, over 347.3 billion emails will be sent every day. The average email size is approximately 75 KB.

Emails are responsible for as much CO2 globally as seven million extra passenger cars. Each year, our inboxes get filled with more and more unwanted emails, and that is a big problem for the environment.

In today's digital age, email has become an integral part of our daily communication and work routines. However, the energy and resources required to store and transmit emails have a significant impact on the environment, contributing to the world's carbon footprint, carbon emissions, and climate change.

By regularly decluttering our inboxes and being mindful of the emails we send and receive on a daily basis, we can help reduce the energy and resources needed to store and transmit them.

Human activities, such as burning fossil fuels and deforestation, have contributed significantly to the increase in greenhouse gas emissions in the atmosphere over the last century and a half. These emissions come from a variety of sources, including transportation, electricity generation, industry, agriculture, and waste management.

Emails and data centers can also contribute to greenhouse gas emissions through their energy use. The production, transmission, and storage of digital data require a significant amount of energy, often from burning fossil fuels.

The Environmental Impact of Email

According to The Good Planet, the average American has around 500 unread emails, many of which may be considered junk or spam. In a recent study of spam, it was found to account for 14.5 billion messages globally per day. Mike Berners-Lee, a professor at Lancaster University, states that a spam email has a carbon footprint of 0.3 grams of carbon dioxide based on carbon emissions from energy consumption and infrastructure. This figure takes into account the energy needed to transmit and store the email, as well as the emissions from the infrastructure and devices used to send and receive it. However, the actual carbon footprint of an email can vary depending on a number of factors. This means that the carbon footprint of these unread emails is approximately 150 grams of CO2 per individual in the United States. His study of carbon footprint also found an email with photos has a carbon footprint of 50 grams of CO2. While this may seem like a small amount, it's important to consider the collective impact of these emissions, as well as the role that individual actions can play in addressing climate change.

The Carbon Footprint of Data Centers 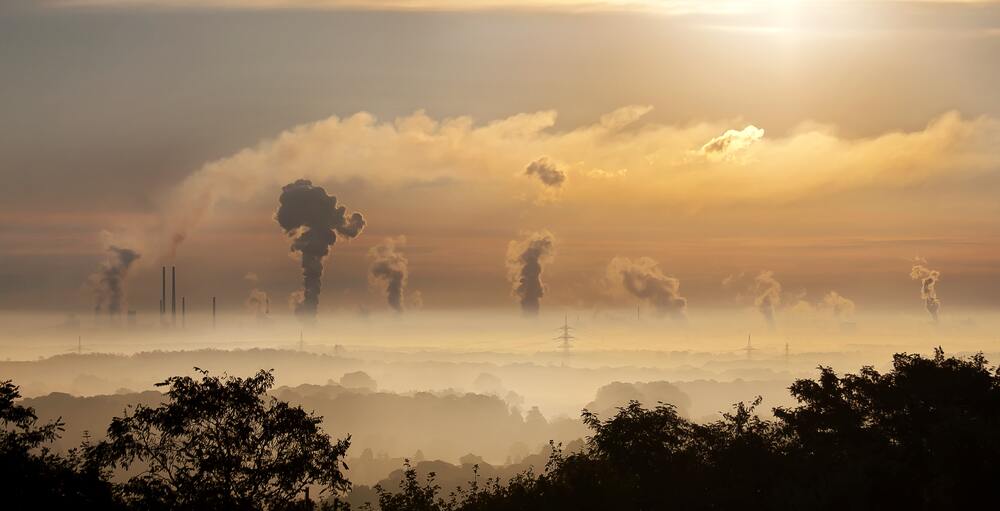 The environmental impact of email extends beyond the energy and resources needed to run our personal devices and access the internet. Email servers and large data centers also play a significant role in the internet's carbon footprint. Approximately 2% of worldwide carbon emissions are caused by data centers. In the United States, data centers account for 0.5% of total greenhouse gas emissions. In 2014, data centers in the U.S. consumed an estimated 70 billion kWh, or about 1.8% of U.S. electricity consumption. That figure is much likely a lot higher today.

It's worth noting that not all emails are created equal when it comes to their carbon footprint. For example, spam emails, which are unsolicited and often sent in large volumes, can significantly contribute to the energy and resources needed to store and transmit them. In contrast, emails that are targeted and relevant may have a lower carbon footprint, as they require fewer resources to transmit and store.

How Software Companies are Reducing Their Carbon Footprint

There are a number of software companies that are taking steps to reduce their carbon footprint in the world and minimize their environmental impact. Check out our blog post on why sustainability matters for your business. Here are a few examples of what some companies are doing:

The Link Between Email Volume and Carbon Footprint

When we send and receive emails, this requires the use of electrical energy to transmit the data between servers and devices. The more emails we send and receive, the more energy is required to store and transmit them. This is why deleting emails can help reduce the energy and resources needed to run the internet and lower your carbon footprint.

In addition, the volume of emails we generate can directly impact the energy consumption and carbon emissions of email infrastructure. For example, if an individual or organization has a high volume of emails, this may require more resources and energy to store and manage them. By reducing the number of emails we send and receive, we can reduce the energy and resources needed to store and manage them and thus lower our carbon footprint.

It's worth noting that while deleting emails can help reduce energy consumption and carbon emissions, it is just one aspect of reducing our overall carbon footprint. There are many other ways to reduce our environmental impact, such as using energy-efficient devices, reducing our reliance on fossil fuels, and adopting sustainable practices in our daily lives. However, by being mindful of our email usage and taking steps to reduce our email volume, we can make a small but meaningful contribution to addressing climate change and reducing our carbon footprint. 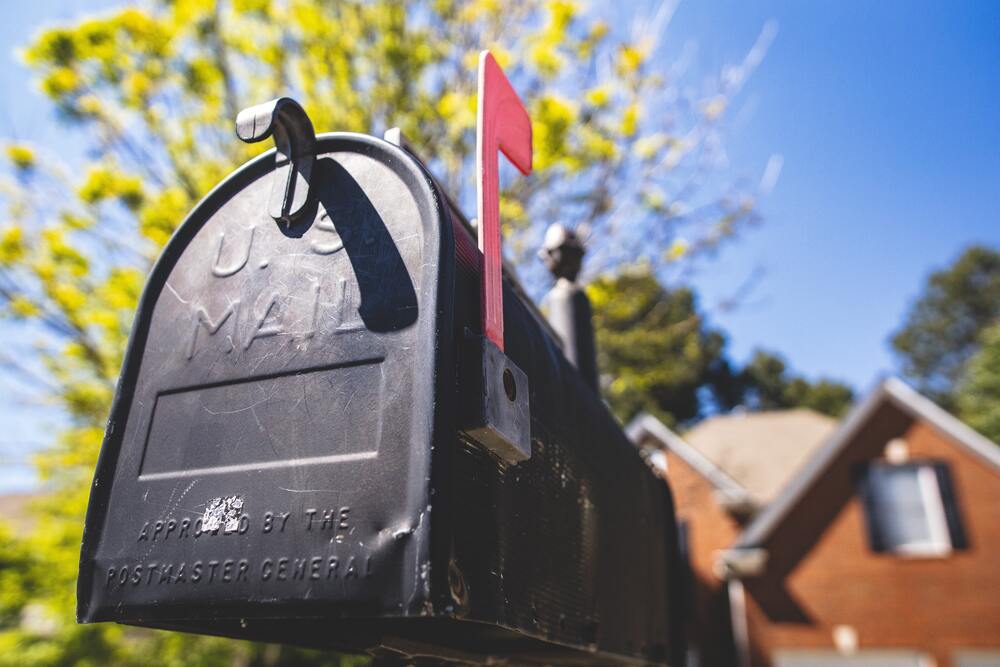 There are several strategies that people and organizations can use to reduce the volume of emails and their carbon footprint. Here are some tips for better email management:

1. Regularly delete emails that are no longer needed

This can help reduce the amount of data that needs to be stored and transmitted, which can lead to a reduction in the energy needed. In addition, it's important to delete emails from unknown senders for security reasons. For example, McAfee Security for Email Servers is a software solution designed to protect email servers from cyber threats, such as viruses, spam, and phishing attacks. It works by scanning incoming and outgoing emails for malicious content and blocking or quarantining any messages identified as threats. It can also filter out spam and phishing emails to help reduce the volume of unwanted messages in users' inboxes.

2. Use email filters and rules to organize and declutter your inbox automatically

Consider using an email client that allows you to set up rules to automatically delete certain types of emails, such as spam or newsletters. Doing so will automatically delete or send certain types of emails to a spam folder. While it may not be possible to eliminate spam completely, even a small reduction in the volume of spam you receive can make a difference over the course of a given year.

Also, consider using alternative communication methods, such as video conferencing or instant messaging, to reduce the need for emails. These methods can be especially useful for short, informal communication.

3. Take advantage of technology to optimize your email usage and reduce carbon emissions

Avoid sending large attachments, especially if they are not necessary. Instead, consider using cloud storage services or file-sharing tools to share files with others. For example, you can use cloud-based email services, which typically use less energy than traditional on-premises servers. Examples of cloud-based email services include Microsoft Outlook, Gmail, and Yahoo Mail. When companies move to the Amazon Web Services Cloud from on-premises infrastructure, they typically reduce carbon emissions by 88% because their data centers can offer environmental economies of scale.

You can also use tools to compress pictures and videos before sending them in order to reduce the GB of data within your emails and the amount of power required to transmit them.

4. Unsubscribe from newsletters you're longer interested in and other unnecessary emails

Look for the "unsubscribe" link at the bottom of the email. Most newsletters and marketing emails will include this link, which allows you to easily opt out of future messages. If there is no "unsubscribe" link, you can try contacting the sender directly to request that you be removed from their email list.

These methods can be more energy-efficient than email in some cases, especially for short messages or when contacting a small number of recipients. In addition, consider using social media or other online platforms instead of email for short, informal communication.

Here are a few ways in which letters may be more effective than emails for certain types of communication:

6. Use the "bcc" field when sending emails to large groups

It reduces the number of messages transmitted. When you use the "bcc" field, only one copy of the message is sent, rather than one copy for each recipient.

By making a small effort to reduce the number of unnecessary emails we send and receive, we can make a significant contribution to reducing our carbon footprint and helping protect the earth.

An average year of emailing produces between 3 to 40 kgs CO2, which is the equivalent of driving between 10 to 128 miles in a small petrol car.

The issue with this level of carbon emissions from email is that it contributes to climate change. Greenhouse gases, such as carbon dioxide, trap heat in the Earth's atmosphere and cause the planet to get warmer.

In the grand scheme of things, a few hours spent decluttering our inboxes each year can go a long way toward reducing the world's carbon footprint. So, take a few minutes to answer that question from your colleague – it's a great way for a small effort to make a big difference.

Let Us Do The Heavy Lifting

Are you ready to delete your way to a lighter carbon footprint? Contact GGI today and let us help you cultivate a strategy for reducing your environmental impact through better email management. Together, we can make a difference and create a greener future for all.