Advancing gender equality is an ongoing effort to promote equal rights and opportunities for people of all genders. This includes removing barriers that limit access to education, employment, and political representation for women and gender minorities. It also includes addressing cultural and societal norms that reinforce gender stereotypes and discrimination. The goal of advancing gender equality is to ensure that everyone has the opportunity to live fulfilling lives and reach their full potential, regardless of their gender.

“Achieving gender equality requires the engagement of women and men, girls and boys. It is everyone’s responsibility.” Ban Ki-moon, Former Secretary-General of the United Nations

According to the latest data from the World Bank’s Women, Business and the Law 2022 report, around 2.4 billion women of working age are not afforded equal economic opportunity. Moreover, 178 countries maintain legal barriers that prevent their full economic participation.

Gender equality is a topic that affects everyone, but it is an issue often overlooked or not given the attention it deserves. While progress has been made in some areas, there is still a long way to go in achieving true equality between men and women. In this blog post, we will explore 10 strategies for advancing gender equality and discuss how each one can make a significant impact.

Goal 5 of the United Nations Sustainable Development Goals (SDGs) is "Achieve gender equality and empower all women and girls by 2030."

This goal has several targets, including:

The goal of achieving gender equality and empowering women and girls is integral to the overall mission of the SDGs, which is to create a more sustainable and equitable world for all people. By working towards the targets of Goal 5, we can create a world where everyone has the opportunity to reach their full potential, regardless of their gender.

Traditional gender roles and expectations can limit both men and women, preventing them from fully expressing themselves and reaching their full potential. For example, men may be expected to be strong, emotionless, and aggressive. On the other hand, women may be expected to be nurturing, emotional, and submissive. These expectations can be harmful and limiting, as they prevent men from expressing their emotions and women from pursuing leadership roles or other goals that are not seen as "feminine."

To break free from these constraints, it is important to challenge traditional gender roles and expectations and recognize that both men and women are capable of a wide range of emotions, behaviors, and activities.

It is important to note that redefining masculinity and femininity is not about eliminating differences between men and women but rather about recognizing that individuals of all genders are complex and multifaceted and should be allowed to express themselves in a variety of ways. By promoting a more nuanced and inclusive understanding of gender, we can create a more equitable and accepting society. 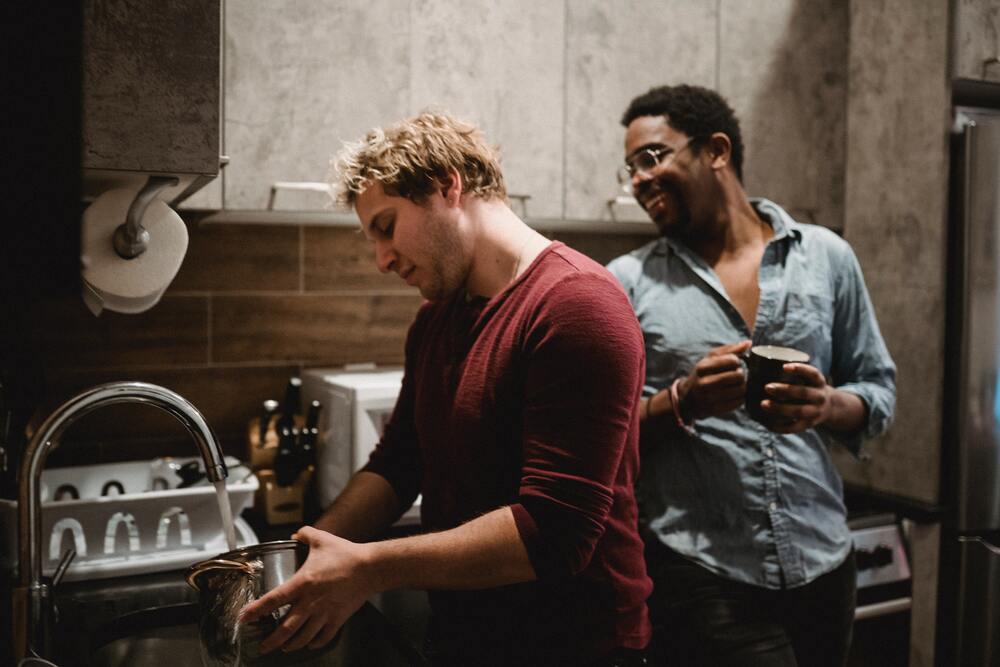 About 91 % of women with children spend at least an hour per day on housework, compared to 30 % of men with children. Data from the EIGE-2021 Gender Equality Index 2021 Report also indicates that employed women spend about 2.3 hours daily on housework. However, employed men only spend 1.6 hours. Overall, studies have consistently shown that women bear a disproportionate burden of unpaid care work, including household chores and childcare, while men often do less in these areas.

This gender gap in housework participation can have negative consequences for both men and women. For women, it can limit their opportunities and prevent them from fully participating in the workforce, contributing to overall gender inequality. For men, it can limit their opportunities to develop nurturing and caregiving skills and may reinforce traditional gender roles and expectations.

To address this problem, it is important to promote the sharing of household chores and childcare tasks equally between men and women. This could involve creating a plan for dividing up these responsibilities and seeking outside support to ease the burden.

According to a 2019 FlexJobs survey, roughly 31% of women who took a career break after having children reported that they did so because of a lack of workplace flexibility rather than because they wanted to. Women are often caregivers and must balance the demands of both work and caregiving.

Without the option for flexibility in their work schedules, women may be forced to take extended leaves of absence or to reduce their work hours. This can have negative consequences for their career advancement and economic stability.

By offering flexible work arrangements, such as telecommuting or part-time work, businesses and companies can support women who are juggling the demands of both work and caregiving and help to promote gender equality and women's economic empowerment.

As a result of the COVID-19 pandemic, many companies implemented work-from-home arrangements. Looking forward, it is likely that flexible working arrangements will continue to be a key aspect of the way we work. Many businesses have already announced plans to continue offering remote work options to employees. By embracing flexible working arrangements and addressing the challenges they can present, we can promote more inclusiveness and equitable work environments for all.

Paid family leave, which provides employees with paid time off to care for a new child or a sick family member, is an important policy for promoting gender balance and equal rights.

Research has shown that paid family leave can have a number of benefits, including:

Despite the benefits of paid family leave, access to this policy is still limited in many countries, particularly in key roles and industries. In the United States, for example, only a small fraction of workers have access to paid family leave through their employers.

To address these gender issues and make paid family leave more widely available, it is important to advocate for policies that support this benefit, such as the Family and Medical Leave Act in the United States. It is also important to recognize that paid family leave is not just a "women's issue" but rather a policy that benefits both men and women and helps promote gender balance and equal rights.

Globally, women are paid about 20% less than men on average. Furthermore, according to UN Women, women only make 77 cents for every dollar earned by men worldwide. Check out our blog post on the impact of gender inequality on decent work and economic growth.

There are a number of reasons why it is important to promote equal pay and address the gender pay gap. Some of the key benefits of equal pay include:

The Equal Pay Act is a key policy that promotes equal pay. This act, which was passed in the United States in 1963, prohibits discrimination on the basis of sex in the payment of wages or benefits. It applies to employers with 15 or more employees and requires that men and women who perform substantially equal work be paid the same wage.

In addition to the Equal Pay Act, there are a number of other measures that can be taken to promote equal pay, including negotiating for higher pay, advocating for pay transparency, and supporting policies that promote equal pay.

6. The Role of Foreign Policy in Advancing Gender Equality

Feminist foreign policies can have a positive impact on human rights and women's rights in a number of ways. For example, by prioritizing gender equality and women's empowerment, feminist foreign policies can help to address and prevent gender-based violence and discrimination. They can also support the development of laws and policies that promote gender equality and women's rights and increase the participation of women in political, economic, and social spheres.

In addition, feminist foreign policies can help to raise awareness and understanding of the ways in which gender inequality and the subordination of women are linked to other issues, such as conflict, poverty, and economic development. By addressing these interconnected issues, feminist foreign policies can help to create more just and equitable societies.

7. Identifying and Responding to the Signs of Domestic Violence

1 in 3 women and 1 in 4 men have experienced some form of physical violence by an intimate partner. Domestic violence is a major barrier to gender equality and women's equality. This type of violence, which refers to physical, sexual assault, or emotional abuse by a current or former partner, affects women in all countries. But it is particularly prevalent in low-income countries. Despite the efforts of organizations and individuals working to combat violence against women, it remains a persistent issue that needs to be addressed. 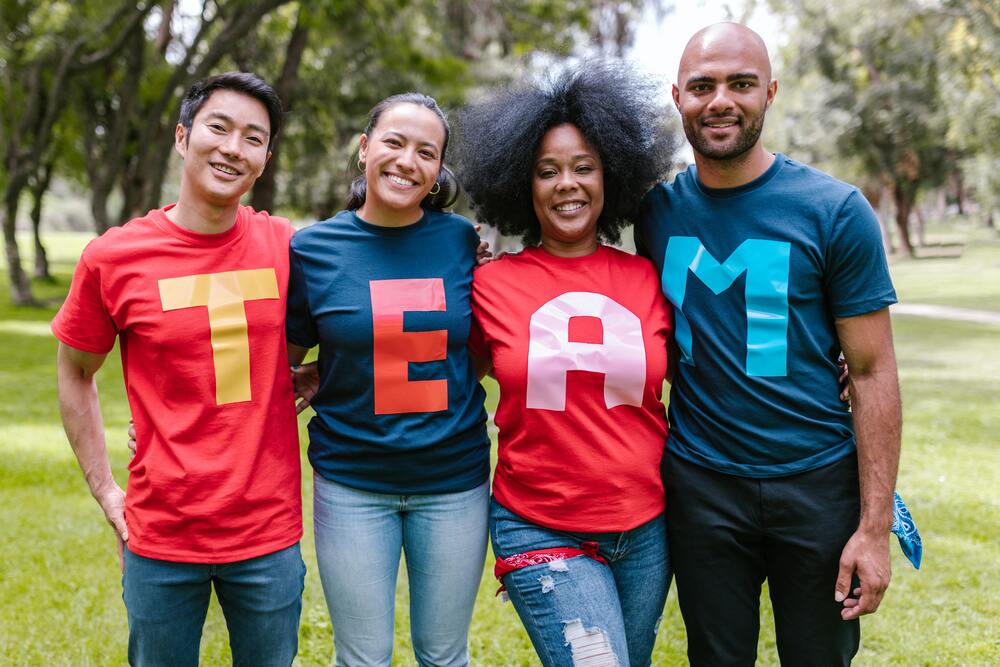 Promoting more inclusive leadership, which values diversity and includes women and other underrepresented groups, can have a number of benefits for organizations, including:

There are a number of strategies that organizations can use to promote more inclusive leadership, such as:

9. Encourage Men to Be Allies

Men can play a vital role in the fight for gender equality by acting as allies and supporting and advocating for women. There are a number of ways that men can be allies in this effort, including:

Some strategies for addressing discrimination and harassment include: 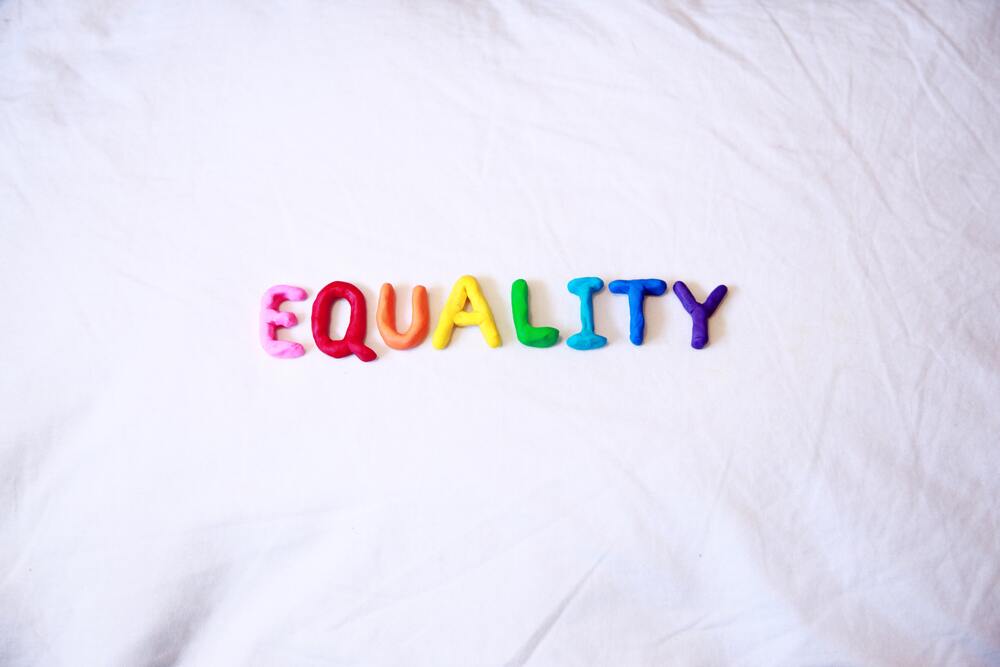 There are many strategies that we can use to advance gender equality and empower women and girls. From advocating for paid family leave to addressing discrimination, there are many ways that we can work towards a more equitable and inclusive society for all. While there may be challenges and setbacks along the way, by taking action and working together, we can make progress toward achieving gender equality for all.

Let Us Do The Heavy Lifting

Imagine a world where technology brings us together and empowers women and girls to reach their full potential. At GGI, we're working tirelessly to make that vision a reality. As a GGI investor, you'll be joining a community of forward-thinking individuals who are committed to advancing gender equality and creating a more just and equitable society.

Together, we can make a real difference. Invest in GGI today and let us build a brighter future for all.”